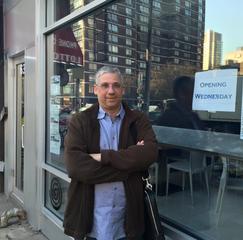 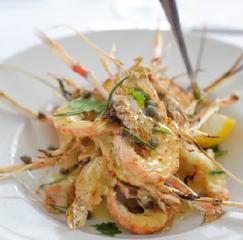 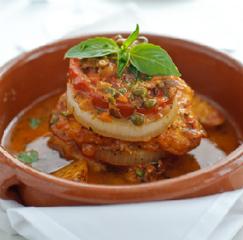 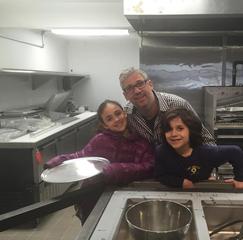 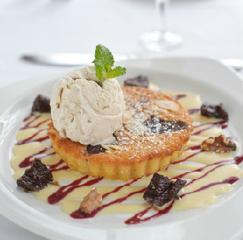 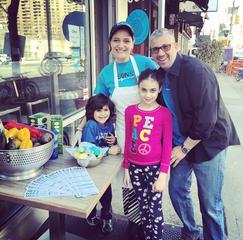 In addition to his coorking experience, George has formal teaching experience as a chef instructor with the Culinary Institute of Mexico.  Georgiades has hosted Greek cooking shows on WLIW21 and CNN. He has also appeared in numerous publications including New York, Time Out New York, La Cucina Italiana, 201 and BC Magazines

George graduated from Johnson & Wales culinary school in 1985, and then began his career with a two-year stint in the catering kitchen of the Hotel Pierre.  In 1987 he joined the staff as saucier at La Cote Basque, and in 1989 moved to Europe for a year to further his training in Basel, Switzerland.  Back in New York in 1990 he because Chef Tournant under Waldy Malouf at Hudson River Club, a position he held for two and a half years. Eager to lead a kitchen of his own, in 1993 Georgiades was named executive chef of Bar Six in the West Village.  In 1998 he moved over to the French-Moroccan fantasy Chez Es Saada, prior to being named chef of Avra Estiatorio – a position held for four years.  Outside of New York City area he served as Executive Chef of the popular Rooftop Restaurant in Key West, Florida and Main Course Restaurant in New Paltz, New York.  Georgiades was the Executive Chef and partner of Varka Estiatorio in Ramsey, New Jersey until 2015. Mr. Georgiades is currently the CEO & owner of EONS Greek food for life, with locations in NYC & NJ!